We awoke to a pretty good looking day, the sun was shining and the wind seemed to have dropped a bit…all good signs. We headed off, grabbed some lunch and then headed for the Sandspit Boat Ramp, meeting with the others coming on the trip with us, and the skippers on the boat. We had Dave and Brett skippering the ‘Sumo’, and with bags stowed, cameras and bins out, and anticipation in the air we headed out the Kawau Channel towards the open ocean.

It didn’t take long and the first yell went up, and we doubled back on a very confiding little penguin that lazed on the surface for us, stretching and yawning as if it had not a care in the World. Little did it know it would be plastered all over the World Wide Web by that night!

We then carried on out into open water, planning to head to the west of Little Barrier and out towards the Mokohinau Islands. We hadn’t gotten that far and the first fluttering shearwaters were spotted, and then a large wheeling flock of Australasian gannets that were then diving into the water beneath like arrow-heads obviously feeding on the fish below. It was clear something was beneath driving the fish to the surface, and as we approached we could see there were dolphins there, in this case short-beaked common dolphins. We had awesome views of the gannets pluging into the water from 20m or so up, folding their wings back at the last milli-second before hitting the water, plumes of spray rising up, as 5-10 birds hit at a time. Really impressive stuff. Unfortunately, howveer, the dolphins thought we were a little more interesting than the fish they were chasing, and this broke the whole cycle as the dolphins played around our boat. Good for us, but not for the birds.

We carried on out, and before long passed through a stream of thousands of fluttering shearwaters heading in a line towards the NE, obviously in search of food. The odd Buller’s and flesh-footed sheawater were amongst them, and a few fairy prions. As we got a little further out, we started to encounter a few common diving petrels, then more, and soon small groups of them, along with the first white-faced storm-petrels and Cook’s petrels. Brett came racing out at one stage and yelled ‘NZ stormie’ and a few got onto a disappearing white rump which…disappeared.

Out to the NW of Little Barrier we decided to chum, throwing bits of fish and burley into the water, and soon we had a lot of flesh-footed shearwaters, with a few Buller’s, and then passing fairy prions and Cook’s petrels came in. Gradually the number of birds grew and soon were spread out along the slick, coming straight up into the wind as they followed the scent. We had outstanding views of all the key species, but one was lacking… It took some time, but all of a sudden Brett yelled, ‘NZ stormie on the slick’ and there it was having snuck around us evading attention. We all homed in on it, the holy grail of the Hauraki Gulf! It headed away up into the start of the slick, but in the end we had at least three present at one time, and saw probably 5+ over the course of an hour. Time and time again they circled the boat sometimes coming in within just a few metres of the boat – fantastic! We also then had a couple of Black or Parkinson’s petrels, and so we had pretty much the usual suspects there around us. We spent some more time enjoying it all before heading out further to the Mokohinau Islands, where we had lunch in the shelter of Fanal Island.

After lunch we headed across to Maori Rocks to search for grey ternlet, but no were roosting on the rock stacks, perhaps a little early to see them in roosting on these rocks yet. So onwards we trekked, heading out further to see what we could find. We chummed up again at another location, and although we attracted a fair few birds, we had no NZ stormies, but did get a couple of grey-faced petrels and white-capped albatross. Nice additions to the day, with the white-cappeds being the first albatross species for some people, very cool.

As the wind really started to rise we decided to head in a bit, and gradually made our way towards Little Barrier. We ended up chumming briefly on the way, but not a lot came in, and so we made a line for the island and anchored briefly to have a cuppa. We had great views of kaka flying around, as well as NZ pigeon, tui, kingfisher, etc and even heard saddleback and whitehead, and a first probably for any pelagic – we heard a kokako! Awesome.

Off out for another quick chum where we attracted a lot of Cook’s petrels, but not a lot else, and so we decided to make a dash and see if we could spot a weka or two on Kawau…of course we could! Two in fact. It wasn’t over though, because back at the carpark we had a reef egret and then just down the road a buff-banded rail with a large fluffy chick feeding in the mangroves! What a finale to day three of the tour! 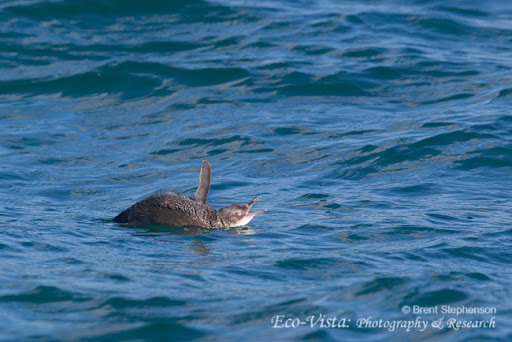 A little penguin waves good morning and yawns as we head out. 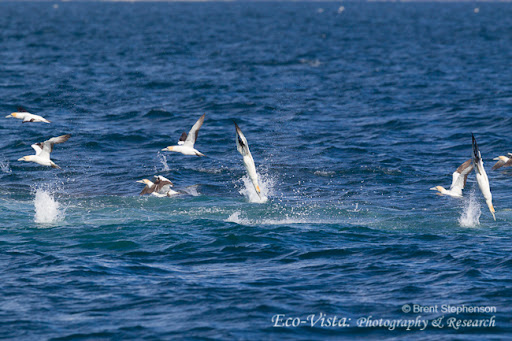 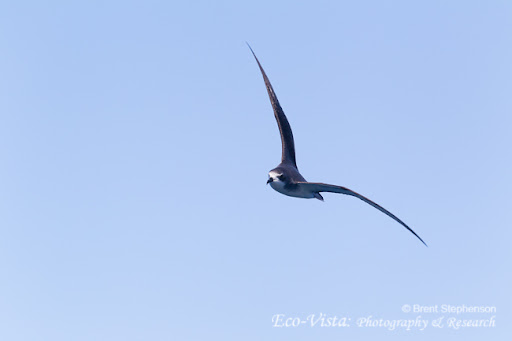 Cook's petrel coming in to the back of the boat. 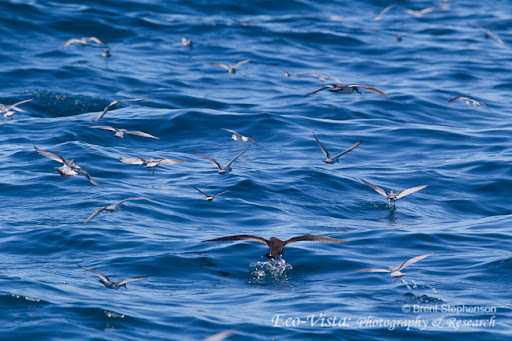 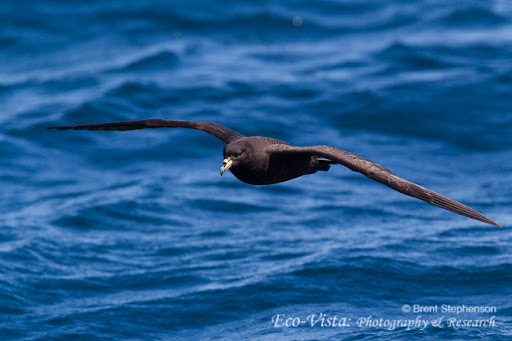 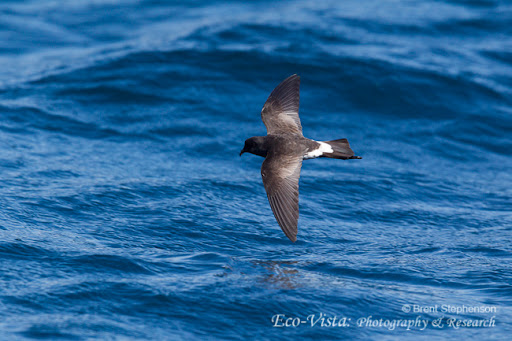 The star of the day - NZ storm-petrel. 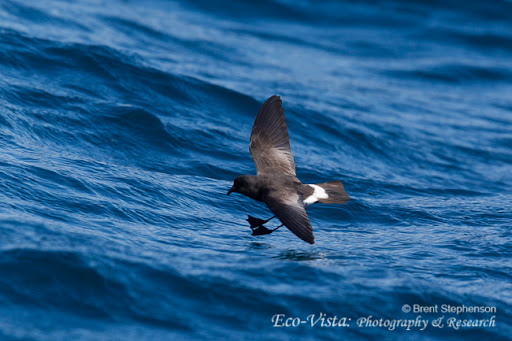 Kicking off the water. 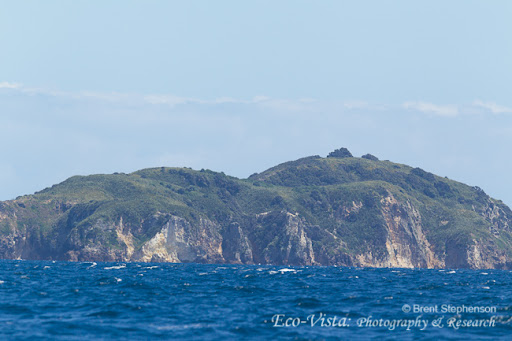 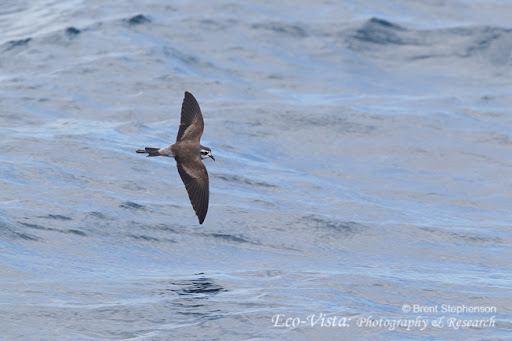 White-faced storm-petrel zipping over the water. 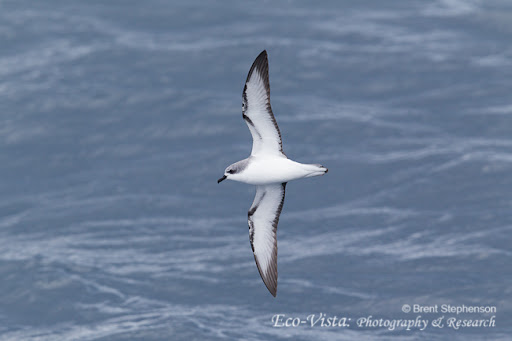 Cook's petrel showing the underwing - very variable in different lights, and each individual has a different pattern and intensity. 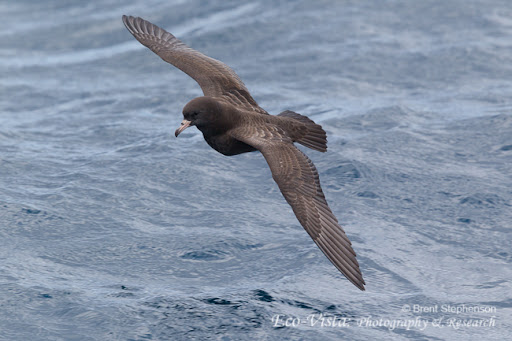 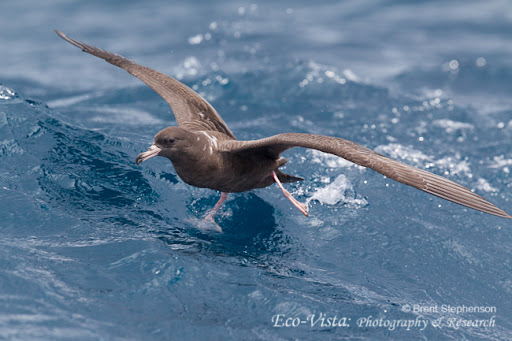 A flesh-footed shearwater with pale feathering on the neck. 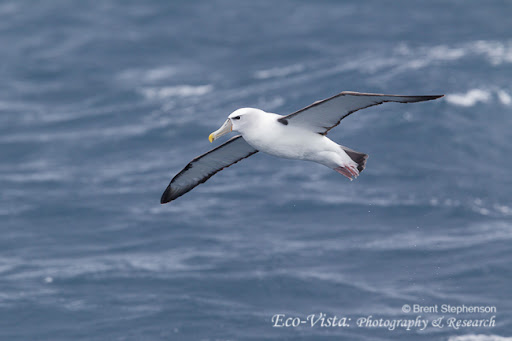 White-capped albatross, one of two birds we saw and the first albatross species for some on the trip! 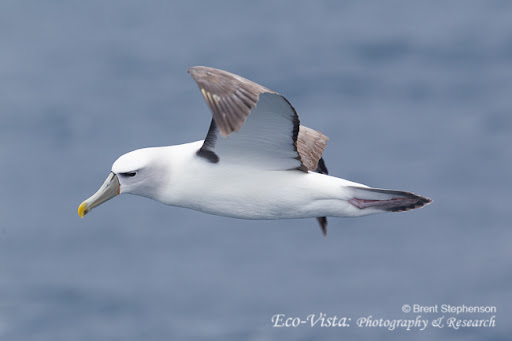 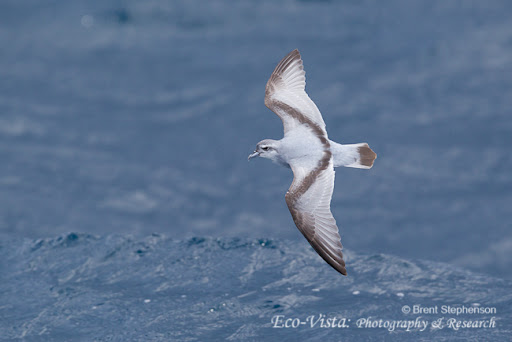 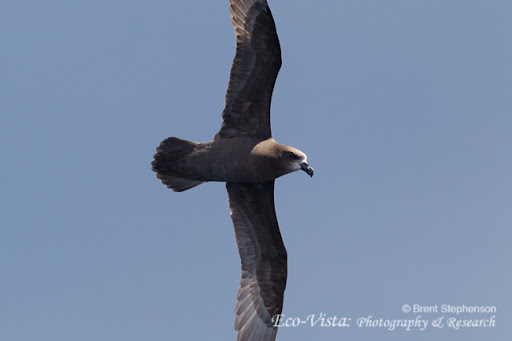 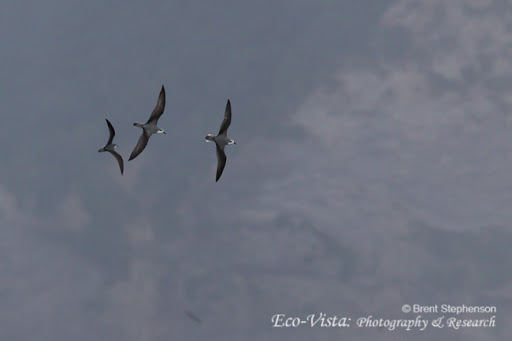 Posted by Eco-Vista | Brent Stephenson at 23:17