Well, Picton sure turned on the good weather! Man what a stunning morning as we drove down to the waterfront and got onboard our boat. We headed on out in flat calm conditions, only a slight breeze, with clear blue skies.

Our main targets were of course King shag and a visit to Motuara Island, but we were keen to see what else we could see along the way. Of course it didn’t take too long before blue penguins and fluttering shearwaters were being seen, as well as diving Australasian gannets signalling there was something going on ahead. We soon spotted some dusky dolphins and headed onto the bow as the boat slowed. We had an absolutely stonking show of at least four female dusky dolphins with calves, and a few other younger animals. They played right on the bow of the boat in beautifully calm and clear conditions allowing awesome photos and views. We had them playing for about 10 minutes before we left them to do their own thing, and headed off further towards the open sea. What a start!

A bit further on we checked out a group of roosting spotted shags, hoping to see a King amongst them, but no luck. Then encountering more groups of flutterign shearwaters, penguins, and gannets we checked them out to find a coupel of parasitic jaegers, and heaps of krill and other plankton in the water. A real feeding hotspot.

Next up was a really good shot at finding King shags, and there they were, several adults with a bunch of juvenile birds. We slowed the boat and approached very quietly, cutting the engine so we could drift past without disturbing them. We had excellent views and photo opportunities of this really rare endemic, and the sun shine made the viewing even better. We gradually drifted away and then started up and headed on further towards Motuara, on the way stopping at several King shags that were in the water. These two we were able to drift towars and get pretty good views, seeing the green iridescence on the head plumage in the sunshine.

At Motuara we had just under an hour to explore, with a South Island robin greeting us, finding a penguin with its chick in one of the nestboxes, and then a pair of South Island saddlebacks feeding very close by. At the watering pond grandstand we had several bellbirds (both male and female), saddleback, and robins, and even a juvenile saddleback or ‘jackbird’ come down to drink. The yellow-crowned parakeets played hard to get, flitting through the trees and feeding up high, and a falcon dashed past at one stage. Back on the boat it was time for a scone or two, a cuppa and then a brief visit to a pied shag colony where we also had a flying reef egret.

As we headed back towards Picton the search was on for Hector’s dolphins, but no sign of these little dolphins unfortunately. We saw a lot more fluttering shearwaters, penguins, and gannets, and enjoyed the calm ride back to town.

We grabbed lunch quickly and then headed to the Waihopai Valley just out of Blenheim. This has been the haunt of a lone black kite for the last 16+ years, so we ate our lunch and hoped…and then within 15 minutes of stopping there it was! Brilliant! I love it when a plan comes together. The bird drifted across infront of us showing really well before disappearing, so some happy birders. We then checked out the Blenheim sewage ponds, seeing lots of ducks and spoonbill, but no sign of any glossy ibis, before then getting to Lake Grassmere. Several banded dotterels showed really well, but there was no sign of any other small shorebirds, so we headed on to Kaikoura. A brief stop to see spotted shags and fur seals at Ohau Point before getting there.

We had an awesome dinner of blue cod and chips from Hine’s Takeaways, man what a great feed! Washed down with a cool beer and sitting in the sunshine – life is good! We then headed out to look for little owl, and bingo, within 2 minutes there was one on a post and even got it in the scope as it hunted around the field, obviously picking up earthworms coming to the surface of the irrigated fields. And then it was bed time! 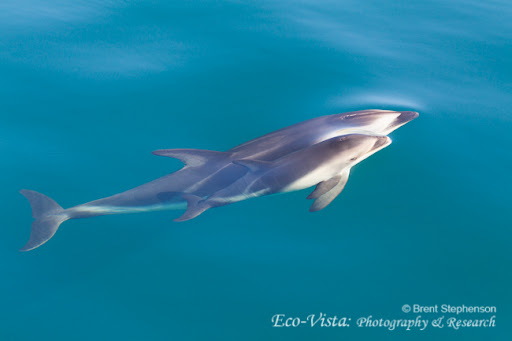 Dusky dolphin and calf in beautiful calm water about to break the surface. 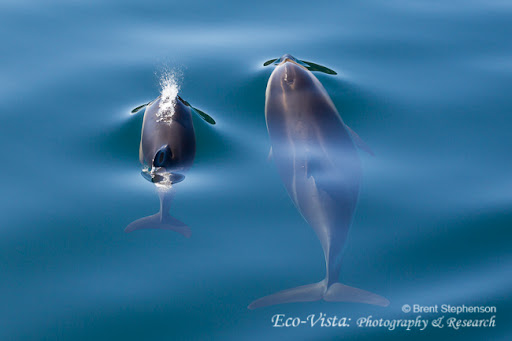 Breaking the surface for a breath. 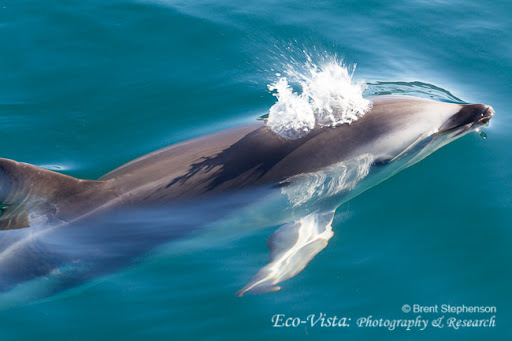 Adult on its owning just breaking the surface. 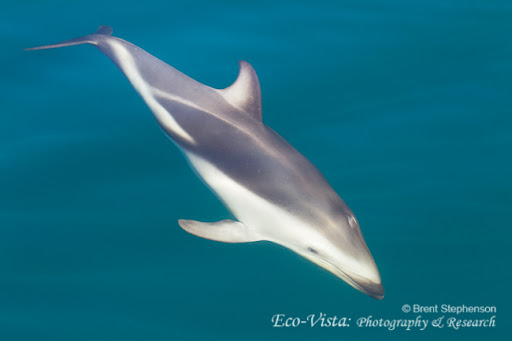 Dusky dolphin under the water. 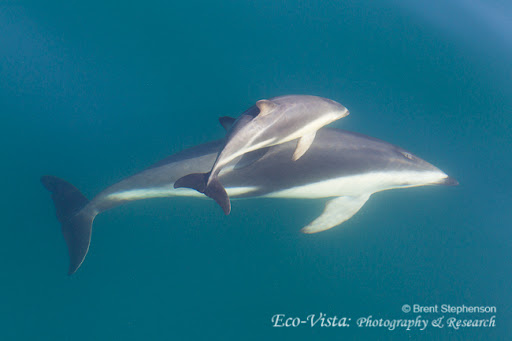 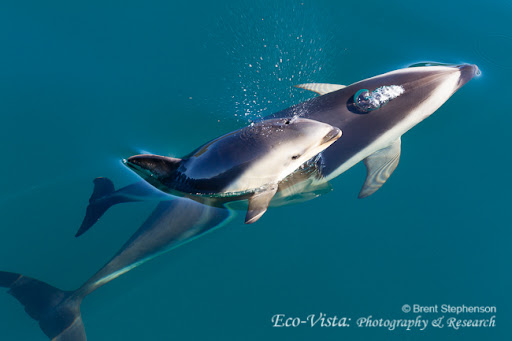 Calf crossing the mothers back and breaking the surface. 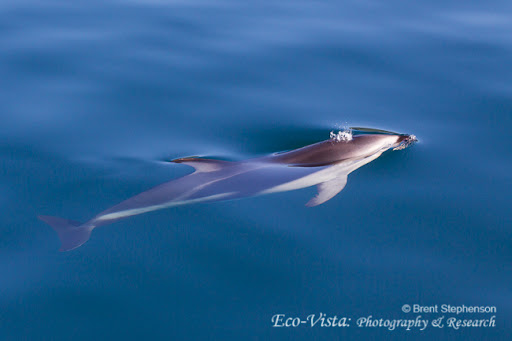 Just about to blow. 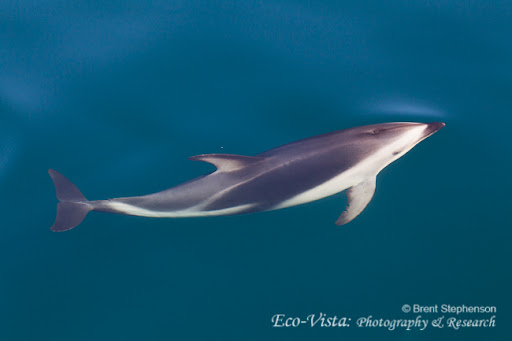 A dimple on the surface signalling the animal is just about to break. 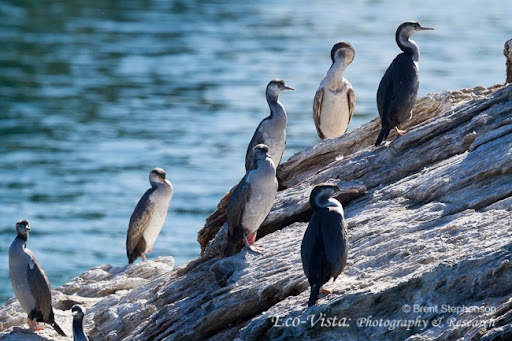 Spotted shags in various plumages roosting on a rock. 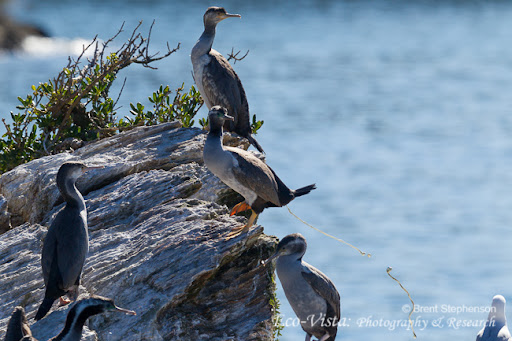 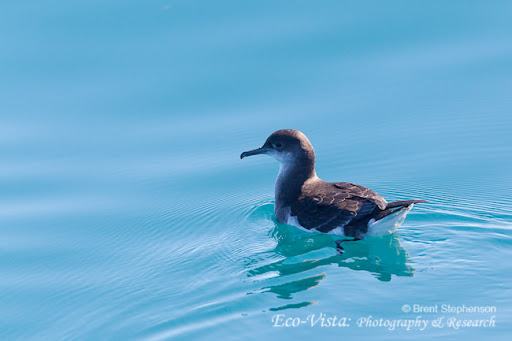 Fluttering shearwater resting on the surface. 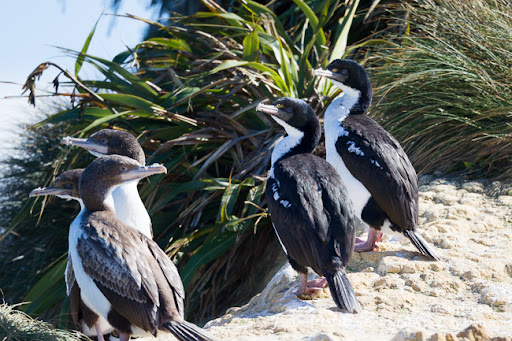 Two adult King shags with several juveniles to the left of them. 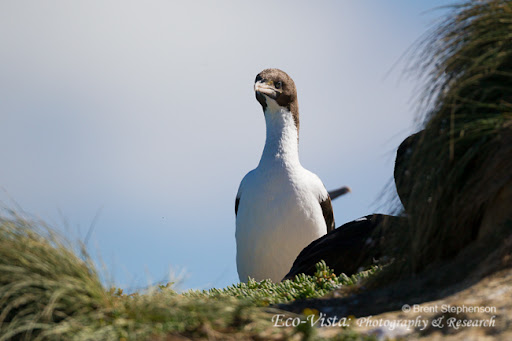 A curious King shag walks closer to take a look. 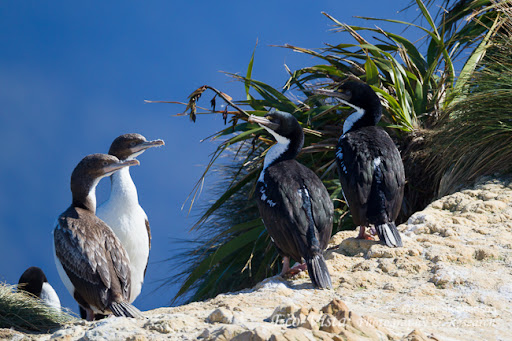 Two adult King shags on the right and the juveniles on the left. 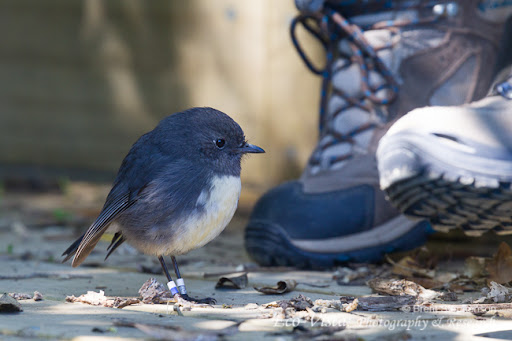 Male South Island robin up close wondering if these boots are edible! 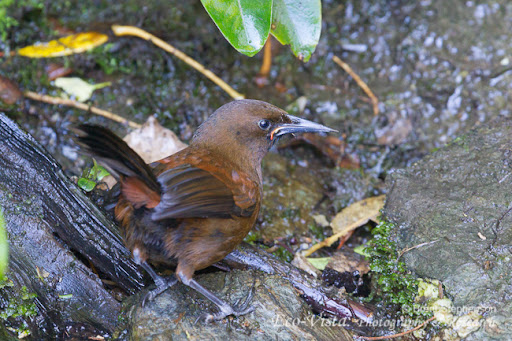 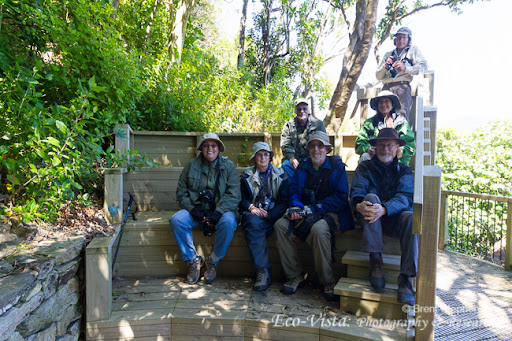 The gang about to watch a rugby match…oh hang on no they are on Motuara Island. 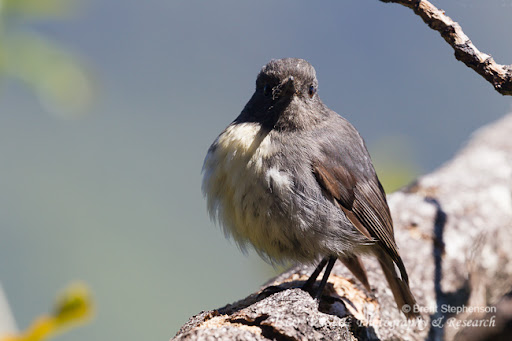 South Island robin in the sunshine. 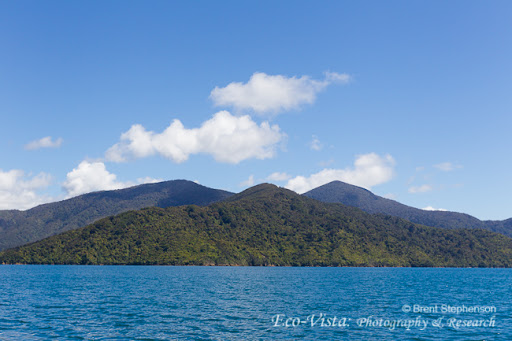 Sensational day to be out in Queen Charlotte Sound. 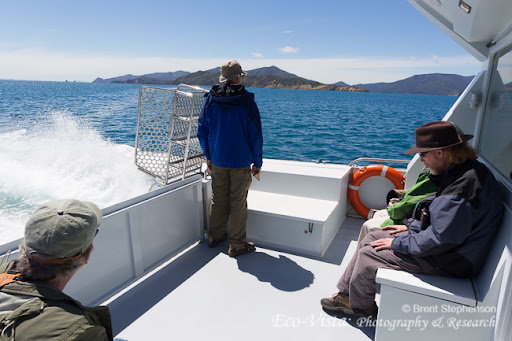 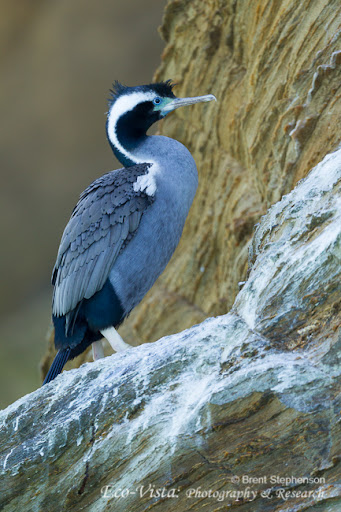 Spotted shag in near breeding plumage. 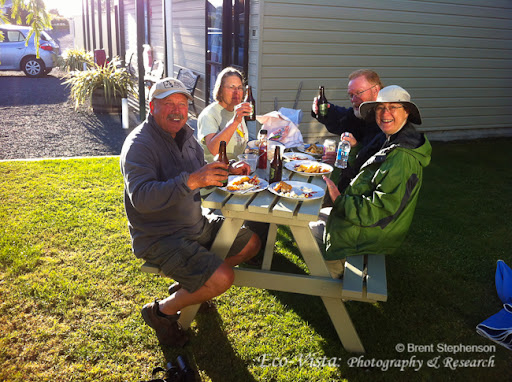 Posted by Eco-Vista | Brent Stephenson at 23:01