Driving to Auckland today was a breeze, with good music on the stereo, a brand spanking new Ford Transit, and what looks like a pretty good weather forecast for the next few days.  So tomorrow we start a Wrybill Birding Tours, NZ 21-day birding tour, starting in Auckland, firstly heading north to get Northern brown kiwi under our belts, and then heading gradually south, through the North and South Islands, and even Stewart Island (right down the bottom!).  I'm going to be guiding six people, and we hope to see a species list of around 155 species during this time, with roughly 65 or so endemic breeding species.  I will be posting regular updates here, hopefully with a few photos, so you can come along for the 'virtual ride'.
Posted by Eco-Vista | Brent Stephenson at 20:40 No comments:

I had an awesome trip to Kaikoura earlier this month, and have just managed to sort through the several thousand images kept from the trip.  Pretty pleased with the performance of the new 1D Mk IV and the 400DO lens, but I still need some work with these to get the flight shots pin sharp.  Having only had the body about a month I am still getting my head around the focussing mechanics and settings.

Anyway, this is what I posted to the BirdingNZ.net forum when I got back from the trip.  I'd just like to reiterate my thanks to Jo and Alex Thompson for their awesome hospitality having us stay with them, and to Encounter Kaikoura who do an awesome job of getting people out on the water to see these incredible birds and marine mammals.

"Just heading home from a great 9 days in the South Island, with most time spent in Kaikoura. In all I managed to get out on six Albatross Encounter trips during this time. Good numbers of the usual suspects with the most common albatross being NZ wandering (all probably Gibson’s with no classic Antipodean seen) and Salvin’s. Over the six tours we did have a single Buller’s alb and latterly several black-browed, with white-capped seen in small numbers and one or two Southern Royals on most trips. Lots of Northern giant petrels, but no Southerns, Westland petrels were common, but only one or two white-chinned petrels per trip, and lots of Cape petrels of course. Sooty shearwaters put in an appearance in big numbers last week, obviously being held up after one of the southerlies, and then small numbers on most trips with ones and twos of short-tailed shearwaters on most trips also. Yesterday (Tues 19 Oct) we had the first Buller’s shearwater during my stint down there, and an ANTARCTIC FULMAR which made a brief pass of the boat before disappearing.
Today (Wed 20 Oct) we had 50+ fairy prions after the southerly last night, with no different prions amongst them – I checked a lot of them and took a lot of photos too, but yet to check those. The star of today however, was a GREY-BACKED STORM-PETREL which came in whilst we were pretty close in and fed in the slick for more than ½ and hour, at times being within 5m of the boat. Excellent views of this great little bird.A big thanks to Dennis and Lynette at Albatross Encounter, and Jo and Alex for their hospitality. Thanks heaps guys!"

So here are some of the top photos, obviously not all taken on a boat, and surprise surprise, not all of birds.  I have posted a full album with 29 images onto my Facebook page as well...


Posted by Eco-Vista | Brent Stephenson at 16:51 No comments:

It was strange to be there last year and see kiore (Pacific rats) fighting with the large land (hermit) crabs over broken coconuts!  The island is such a special place with such a high level of endemism it will be great to see the removal of these introduced rats.  Nearby Ducie Island was probably the most incredible seabird island I have visited, thanks largely to the removal of rats in the 1990s.

So, good luck to the RSPB with the eradication, they do have advice from the World leading kiwis on this one, so lets hope they can get the rats and minimise the impact on other species.
Posted by Eco-Vista | Brent Stephenson at 14:21 No comments:

Well what a mixed day!  When the first thing you see in the morning is an email from a mate on a ship, with a photo of a bird that has gripped you off severely, you might just think it worth going back to bed!  Mike Moore who is currently on the M/V Clipper Odyssey emailed me this morning with an absolutely crippling photo of a Henderson Island rail, having just been to Henderson Island (Pitcairn Group) a day ago - thanks Mike!  I was on Henderson Island about this time last year, and despite my best efforts (and even an extra hour ashore!) still couldn't find one...how can the birder on the ship not find a flightless rail I hear you ask!  Worse than that was the fact that quite a few of the other staff and a heap of the passengers did see the bird, but the birder leading the other birding passengers didn't!  To make things even worse, after the cruise my good friend Sue Flood (who was there and saw one!) dealt the final blow by sending me a signed copy of 'The Life of Birds', signed by Sir David Attenborough....wishing me 'better luck next time with the Henderson Island rail '!  Ahhhhhhhhhhh!
You can see my blog entry from that day here

So after this great start, I headed out to do some bird surveys on the Tutaekuri River with a mate - Butch Menzies.  The plan was he was going to catch lots of trout at the drop-off spot, and then meet me further down the river.  A good plan, if only the fish had known about it!  Anyway, lots of good birds, but the real highlight was finding TWO pairs of South Island oystercatchers, one of them with a nest and two eggs.  These guys (as per their name) are only supposed to breed in the South Island of NZ, but have been recorded breeding on the nearby Ngaruroro River since 1978.  The site they have bred at there is only about 17 km as the crow flies, but there were only two breeding pairs that I found there last year, and numbers seem to have never really increased above a handful of pairs since their discovery.  They have also historically bred at a site in the Wairarapa (also North Island and several hundred kilometres away), but it is unknown if they still do.  This is the first record of them on the Tutaekuri, pretty awesome.


Lots of shining cuckoos calling today too, so they are in full swing trying to find grey warbler nests to lay their eggs in.  Fewer banded and black-fronted dotterels than expected today on the stretch of river covered (around 15kms), but this might be a result of the recent rain and high river levels.

A pretty satisfying day in the end...
Posted by Eco-Vista | Brent Stephenson at 18:45 No comments:

Up with the birds

Spent several hours this morning flying along the Tutaekuri River here in Hawkes Bay.  I am working with the Hawkes Bay Regional Council on a contract involving local rivers, and this morning several of us did a flight by helicopter along most of the river, from the headwaters to the sea.  Some really spectacular scenery, with a lot more native forest along much of the river, much more than I had expected.  It was nice to see lots of NZ pigeon (even from the air), with a small colony of great cormorant (large black shags), and in the lower reaches a good number of pied stilt, banded and black-fronted dotterel, and even good numbers of grey teal and Australasian shoveler.  No photos of the birds, but a few aerials anyway.  Looking pretty green after all that rain, but it wont last long once those Nor-Wester winds start!

I'll be surveying parts of the river by foot over the next few days, so lets hope the weather holds! 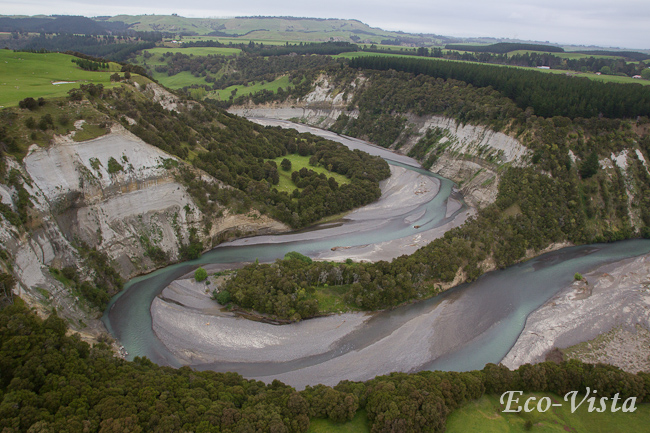 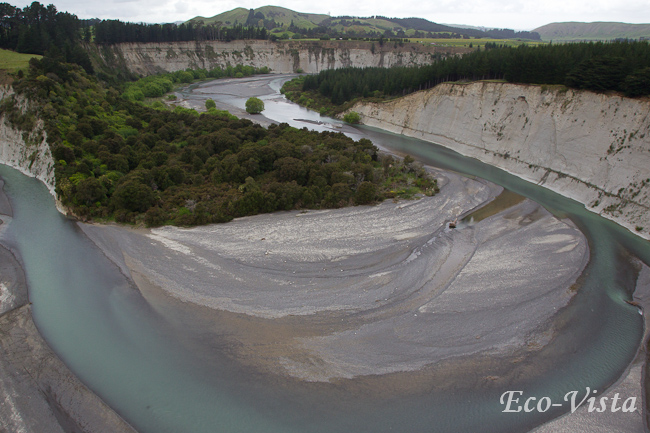 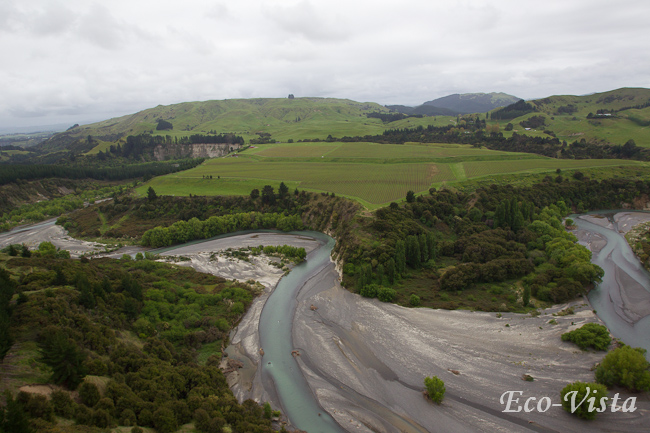 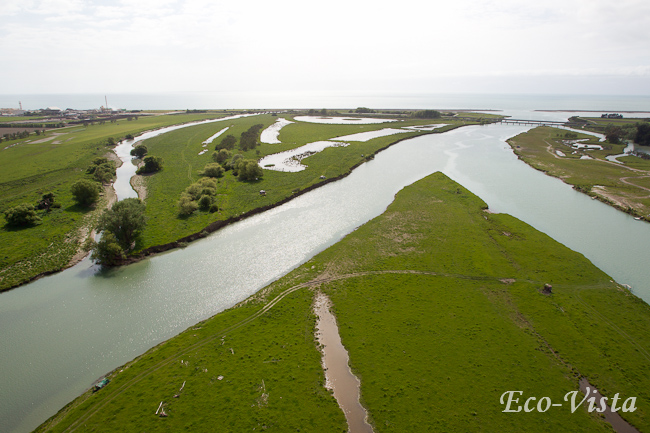 It sounds like the start of a song, but actually just thought I'd mention my old 'Brent's Blog' site.  I tried to do a blog directly from my own Eco-Vista: Photography & Research website, and tried to update it almost daily (when I actually managed to do something interesting).  I found daily was too often, and managing the pages a little too much, but this whole situation is a lot easier.  Anyway, the link to it is Brent's Blog.  There is about six months worth of stuff there, with blog and photos from UK and Italy, South Pacific, and a bit of NZ stuff there as well - all from May-Nov 2009.
Posted by Eco-Vista | Brent Stephenson at 15:33 No comments:

I know Bob Flood and Ashley Fisher (Scilly Pelagics), having been involved with Bob and the New Zealand storm-petrel rediscovery since 2003 (see more on that on our website Wrybill Birding Tours, NZ).  Last year I did several sensational Isles of Scilly pelagics with them in August (Wilson's petrels!), and again caught up with them whilst up there working on the M/V Island Sky in August 2010.  They have just produced an awesome DVD on the Fulmarine Petrels which is now available and well worth getting a copy of if you are a serious seabird enthusiast.  Covers Northern Giant Petrel, Southern Giant Petrel, Northern Fulmar, Southern Fulmar, Cape Petrel, Antarctic Petrel, Snow Petrel and outlines the potential confusion species, giving excellent video footage of each. They have more details and a promotional video on their website. 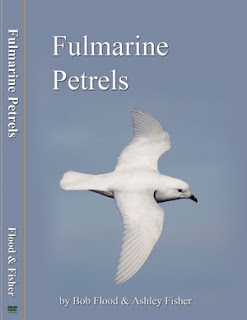 I'm sick of sitting in front of the computer...

...and here I am writing in my blog!  How does that work?  It is currently a long weekend here in New Zealand (Labour Weekend), and with awesome weather outside, what kind of fool would be sitting in front of the computer?  A fool who has too much to catch up on, especially in view of the fact that I head away for three weeks as of 31 Oct - starting a 21-day tour for Wrybill Birding Tours, NZ.  So trying to get through the back-log of photos and editing I need to get done...

Back to the grindstone...
Posted by Eco-Vista | Brent Stephenson at 16:06 2 comments:

Just setting up this blog, which will be set to completely bore at least three people around the World.  Come back soon, to be bored again...

Posted by Eco-Vista | Brent Stephenson at 11:53 No comments: