Stewart Island in the sunshine

So the morning after our kiwi adventure it was up early and onto the boat – Aurora – skippered by Ty Jenkinson. We had a small group onboard, and as we headed out we stopped briefly at a few rocks for Stewart Island shag, getting nice views of the bronze and pied phases side by side. We then made a brief stop for a pair of brown skuas with very large fully grown chicks that were screaming for food, before heading out to Big Reef.

This was our first chumming spot and with very little swell, but a nice bit of breeze the conditions were almost perfect. We had a good collection of white-capped and Buller’s albatross before too long, as well as the odd Salvin’s and of course several Southern Royal albs. Fairy prions were coming past in ones and twos and quite a number of Cook’s petrels zipped past, the odd one giving reasonable views. We also had a white-chinned petrel, but nothing smaller than prions until a white-faced storm-petrel came in to the slick and fed quite nicely.

We then headed on south towards Port Pegasus, going in to Pegasus Passage where we found thousands of sooty shearwaters feeding in the current where there was clearly an abundance of food. Got some nice shots of birds taking off and flying, and just enjoyed the spectacle from the bow. As we were close to shore we kept our eyes out for Fiordland crested penguin, but no luck. And even more of a surprise was the lack of tern flocks, which resulted in a blank for Antarctic tern. So we headed on out into the deep towards the North Traps. Half way across we spotted a wandering albatross which crept past and kept going, and then started to encounter a few mottled petrels.

So we stopped and chummed for a bit, managing to get a few closer as they zipped past. At the Traps we had a good chumming session and got a few more mottled petrels, as well as a white-faced and even a grey-backed storm-petrel – very nice! The grey-backed fed for a bit in the slick, but as always a tricky customer to photograph or video! We had much of the same as earlier in the day, with the big surprise being a total absence of broad-billed prions. Great views of the albatrosses though as they fed right beside the boat, squabbling away!

We then headed back to the north to Big Reef, seeing a few more mottled and Cook’s pretrls along the way, and then as we got to the reef good numbers of fairy prions. We had really nice views of these guys as they came right into the boat to feed on the chum.

All too soon it was time to head for home, getting in just before 7pm, and in time for Josep and Jordi to have another huge dinner!

Next morning it was off to Ulva for the day. My good friend Matt Jones from Stewart Island joined us for the day, and knowing the island like the back of his hand was able to get onto all the birds we needed. First target was really South Island saddleback, which we managed early on, but with the bird up in the canopy it was a little distant for great video. We then managed to get on to Stewart Island robin, yellow-crowned parakeet, Stewart Island robin, kaka, Stewart Island robin, weka, Stewart Island robin…anyone would think Josep had never seen a robin every time one appeared! We also managed some better rifleman and brown creeper sightings and video, and then had absolutely stonking views of a family group of yellowhead. Both adults feeding the juveniles right down low and some nice photos and video.

After lunch we tried again for saddleback, and eventually got some really nice views of a male and female courtship feeding and feedng on the ground and at moderate height. Success! So we left Ulva in the late afternoon and headed back to the ‘mainland’ for another massive dinner. There is always something to celebrate, so it was time for a full four course meal…of course seafood was the order of the day!

The following morning it was on the ferry back to Bluff and then up to Te Anau. More on that soon! 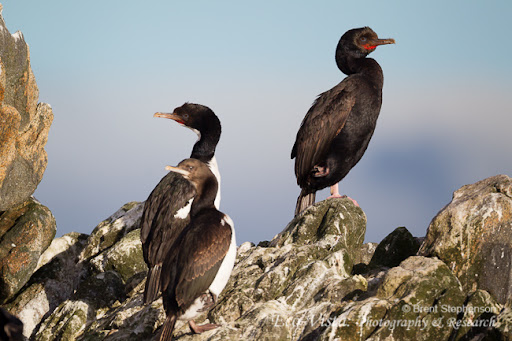 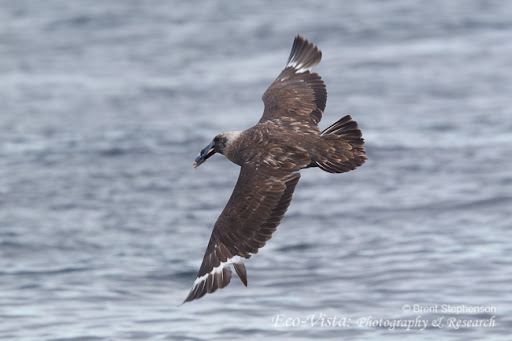 Brown skua taking food back to its chicks. 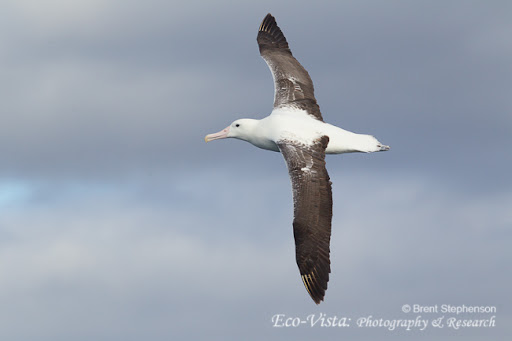 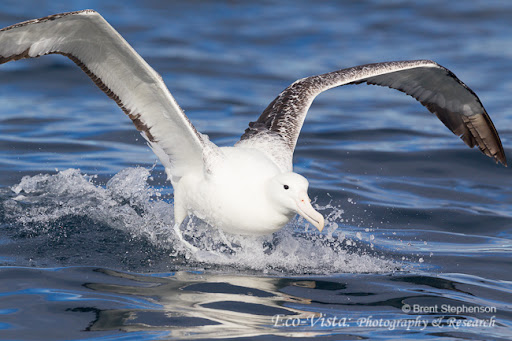 Southern Royal skidding in to a stop on the water. 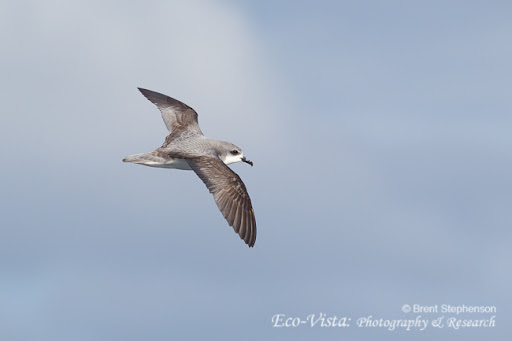 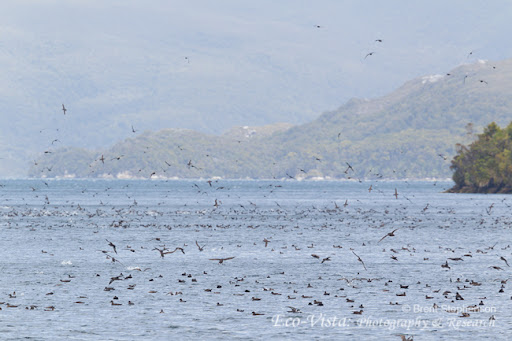 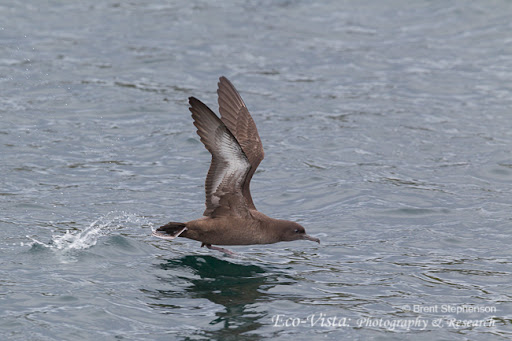 Sooty shearwater taking off from the water. 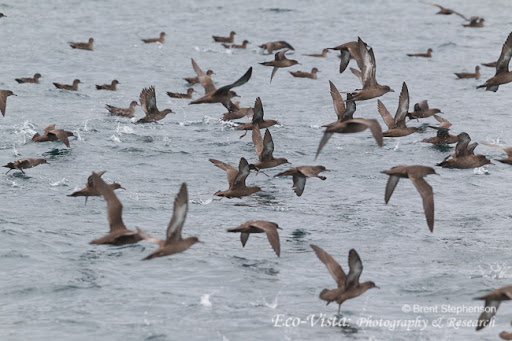 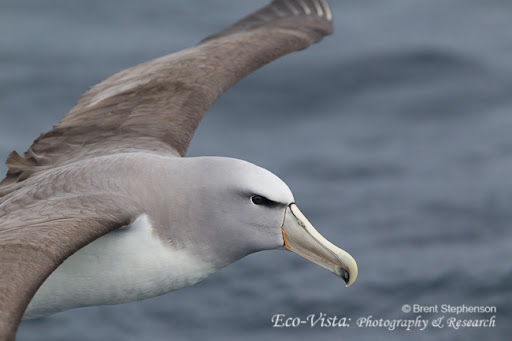 Salvin's albatross coming in to land near the boat. 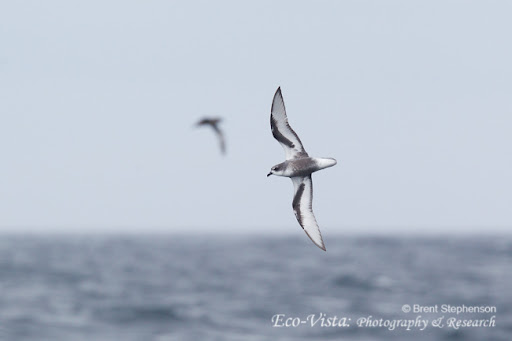 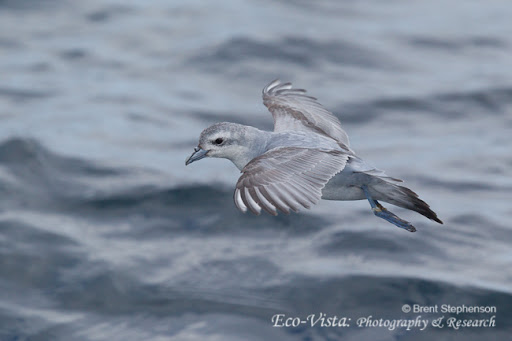 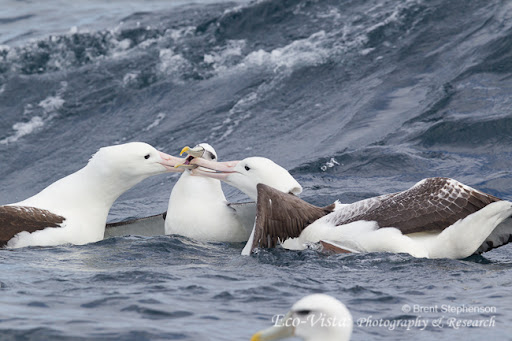 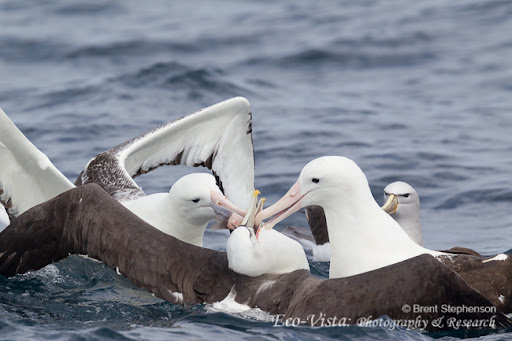 The tail of the fish frame is just visible now. 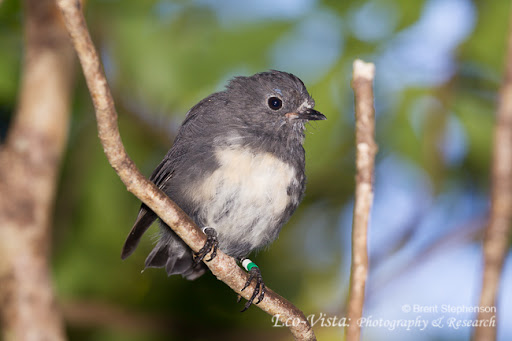 Stewart Island robin…possibly bird of the day for Josep! 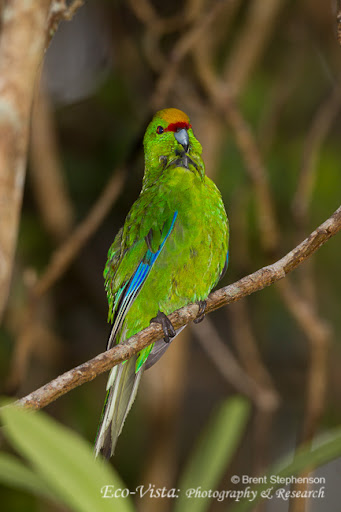 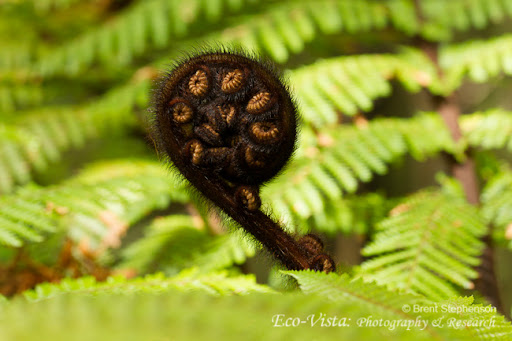 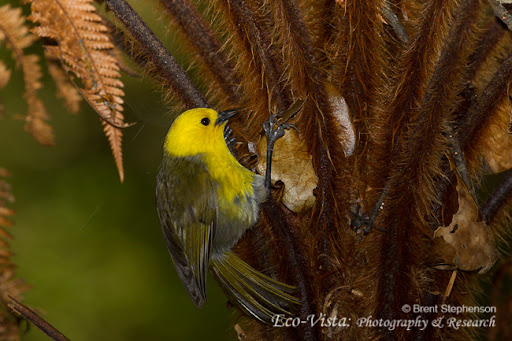 Stonking male yelowhead feeding on the trunk of a tree fern. 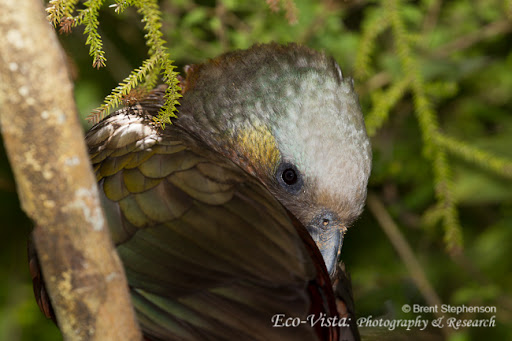 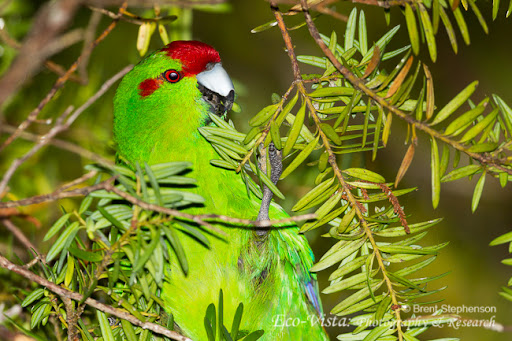 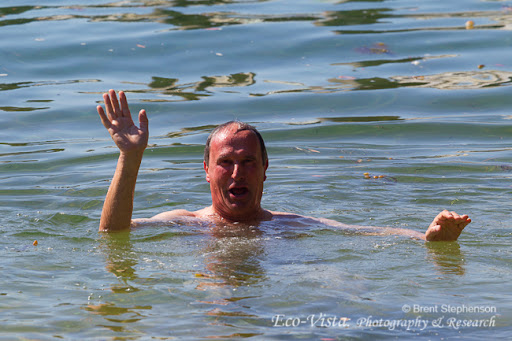 Posted by Eco-Vista | Brent Stephenson at 21:52