I have just written this piece for Rick and Elise Simpson to post on their WADER QUEST blog and thought I would post here as well.  They are only 15 days away from starting their travels, so check out their blog site and be generous.  They are hoping to raise awareness about the challenges faced by waders World-wide, and are also raising money for the Wildfowl and Wetlands Trust (WWT) Spoonbilled Sandpiper Captive Breeding Programme.

New Zealand, and place of oddities and rarities
Well known for its rather unusual birds that evolved in a land without mammalian land predators, New Zealand is home to some of the oddest and rarest waders as well.  Sure a wader with a small spoon-shaped bill is pretty odd (and very special), but how about one with a beak bent to one side?  The wrybill Anarhynchus frontalis is the only bird in the World with a beak bent to one side, and yes it always bends to the right.  So unique, we named our bird guiding company after it - Wrybill Birding Tours, NZ!  This endemic plover nests on the braided riverbeds of the South Island of New Zealand, a habitat becoming increasingly rare due to weed encroachment, development, and the utilization of water for agricultural irrigation.  But even more than that, this bird that has evolved without mammalian nasties now has to deal with a plethora of introduced mammals, such as rats, hedgehogs, cats, and the mustelids (weasels, stoats, and ferrets).  The population mostly winters in the North Island, where it is actually relatively easy to see, even though the population is suggested to be as little as 4,500–5,000 birds, and the population appears to still be declining.  A visit to Miranda (near Auckland in the North Island) during the winter can mean seeing approximately half of the entire population in one spot!  But, compared to the black stilt Himantopus novaezelandiae the wrybill is common!  The black stilt breeds only in the MacKenzie Basin in the centre of the South Island.  Another braided river specialist, this species has encountered similar problems to the wrybill, and now breeds in only a handful of locations.  An additional problem faced by this species however, is hybridization with the much more common pied stilt Himantopus leucocephalus.  Numbering probably less than 200 wild individuals, with perhaps only 20 actively breeding pairs, the critically endangered black stilt takes the cake for the rarest wader species in the World.  More than 20 years of concerted conservation effort has only raised this species' numbers a little, from the low of 23 birds in 1981.  It's a case of two steps forward and one step back.  Shore plover Thinornis novaeseelandiae and Chatham oystercatcher are both endemics to the outlying Chatham Islands, but both seem to have populations that are stable, if not increasing, with around 250 of the former and 300+ of the latter.  Shore plover are now being reintroduced to other islands, where they appearing to be slowly but steadily increasing in numbers, whilst protection measures on the Chathams appear to be working for the oystercatcher at present.  They are by no means out of the woods yet though!  Likewise, three species of endemic snipe exist on offshore sub-antarctic islands and the Chathams.  All are difficult to see due to limitations in landing on the islands on which they exist or the isolated nature of the islands.  Luckily, the future for these species appears safe with their populations occurring on (now) rodent-free islands.

Luckily, however, there are a few species of endemic New Zealand waders that number more than a few hundreds or thousands.  Variable oystercatcher Haematopus unicolor (a really silly scientific name for a bird that has a variably plumaged dark form and pied form!), South Island oystercatcher Haematopus finschi, and banded dotterel (double-banded plover) Charadrius bicinctus are all classified as Least Concern, and can be found throughout many parts of the country.  However, none of these species are hugely abundant by any means, and of course they face many of the same struggles the rarer species do with regards to development, changes in land use, and introduced mammalian predators.

The New Zealand dotterel Charadrius obscurus, or red-breasted plover as it is sometimes called, fits somewhere in between the very rare black stilt and the slightly more common wrybill, being classed as endangered, with perhaps around 2,000 individuals, but with a slowly increasing population.  The reason for the increase is largely due to intensive protection measures at breeding sites, including fencing of nesting areas, trapping mammalian predators, and a heightened public awareness.  It is not uncommon these days to see little patches of beach fenced off by locals around the Northern parts of the North Island, where people have banded together and fenced off the patches where these birds breed to keep dog-walkers, vehicles, etc away from their nests.  A great thing to see, and just shows what education and public awareness can do to the plight of a species.  The bad news is that the distinct Southern subspecies, which only breeds on Stewart Island in the far south of the country, numbers only around 270 birds, so more work is needed there.

But New Zealand is not just all about the endemics.  Two Australian species have decided New Zealand is a pretty good place to settle (reversing the often quoted trend of NZers to move to Australia), with both black-fronted dotterel Elseyornis melanops and masked lapwing Vanellus miles having negotiated the Tasman Sea and setup home here in New Zealand in the last 50 years or so.  But of more note are the Arctic migrants which New Zealand has in recent years been recognized for, due to the extraordinary migration of the bar-tailed godwit Limosa lapponica.  In 2008 it was finally confirmed, as had been suspected for some time, that the Alaskan breeding population of this species performs the longest non-stop migration of any bird, in some cases around 11,000km from Alaska to New Zealand.  An incredible feat!  There are a host of other waders species that also migrate to spend the Austral summer in New Zealand, many doing similarly incredible journeys.  On the northward migration, these birds utilize the East Asian – Australasian flyway, passing through South-East Asia, Japan, China, and Korea.  As we know this is an area of incredible human induced change and development, and an area critical for millions of waders passing through these areas every year, not just those visiting New Zealand and Australia.

So, New Zealand is going to be an incredibly exciting place for Rick and Elise to visit.  The only bird in the World with a bent beak, some of the rarest waders in the World, including THE rarest, and of course New Zealand's famous stunning scenery and kiwi-hospitality (let's hope the water doesn't get turned off while your in the shower Rick, its a long story!).  Having known both Rick and Elise for about four years, I have been helping them organize and plan their New Zealand leg of their Wader Quest, and hope that with our help they will be able to successfully find and observe the endemic wrybill, black stilt, shore plover, banded dotterel, variable and South Island oystercatcher, and New Zealand dotterel.  Plus of course they should get black-fronted dotterel, masked lapwing, black-winged stilt, as well as some of those incredible bar-tailed godwits!  We wish them well in their quest, look forward to their blogs along the way, and hosting them here in New Zealand.  Of course if New Zealand is a destination you would also like to visit, then you need to get in touch with us, New Zealand's best bird guiding company! 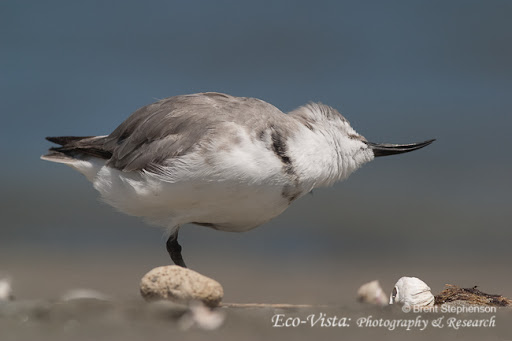 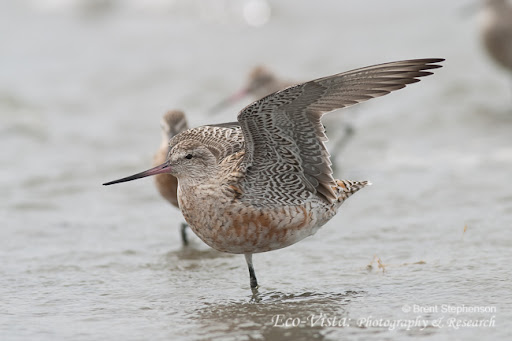 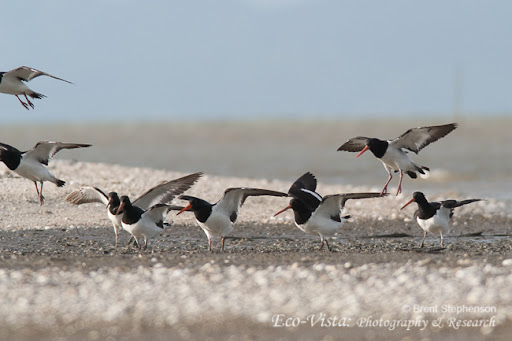 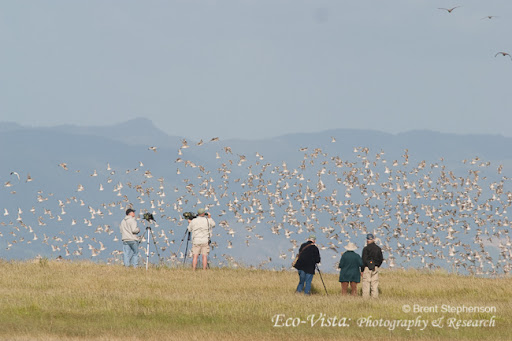 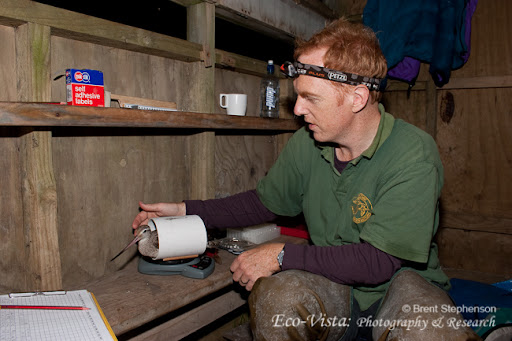 Dr Phil Battley, Massey University, weighing a bar-tailed godwit (Limosa lapponica) as part of the migration studies he has been involved with. Miranda, Firth of Thames, New Zealand. October. 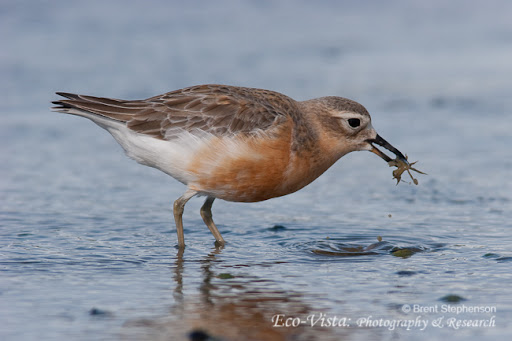 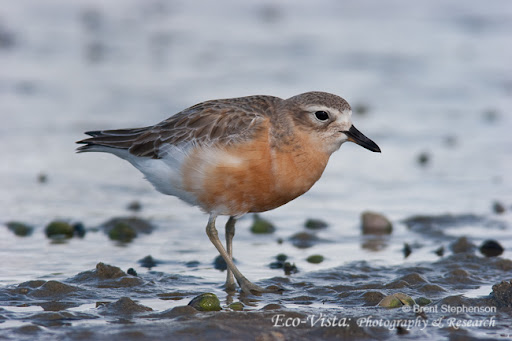 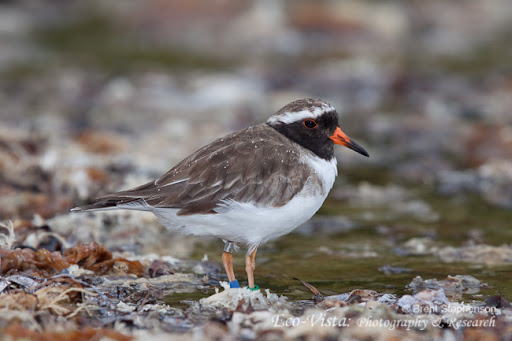 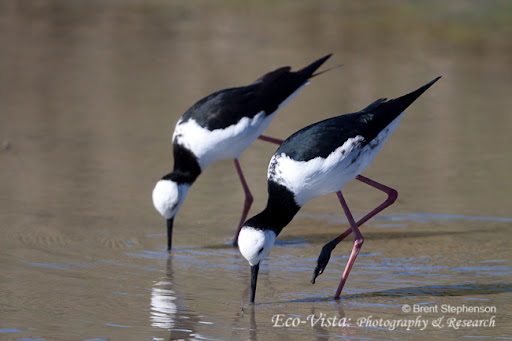 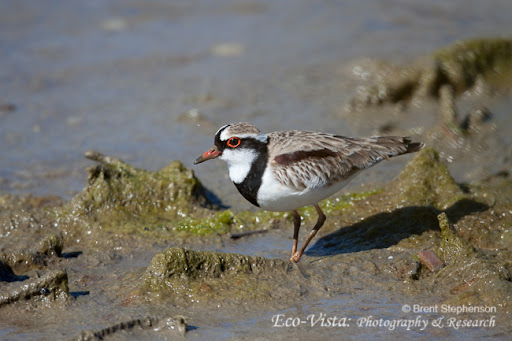 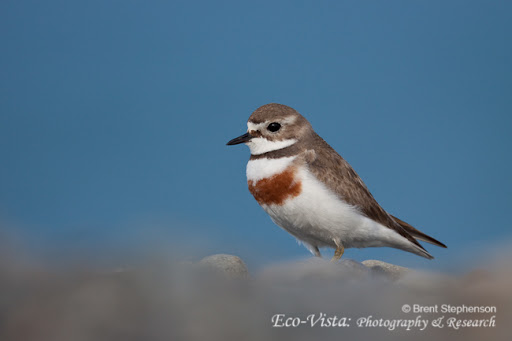 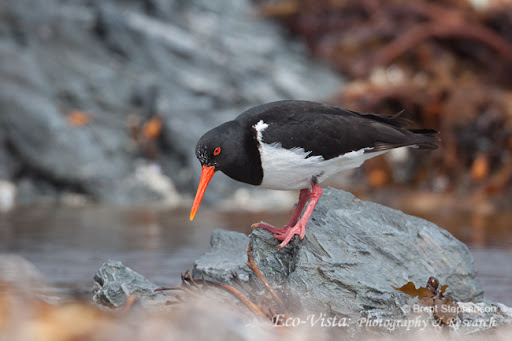 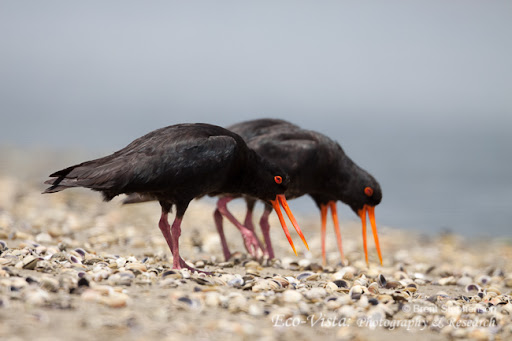 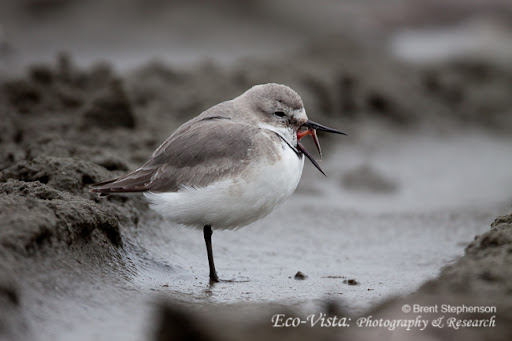 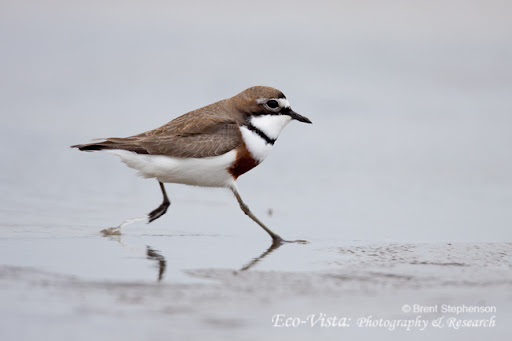 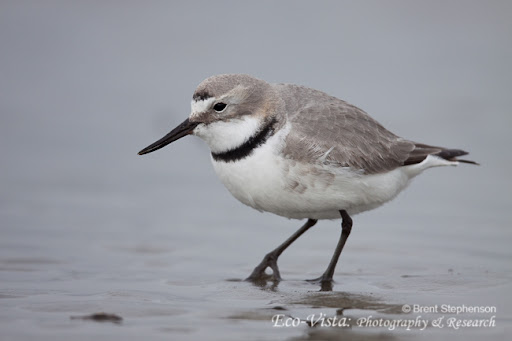 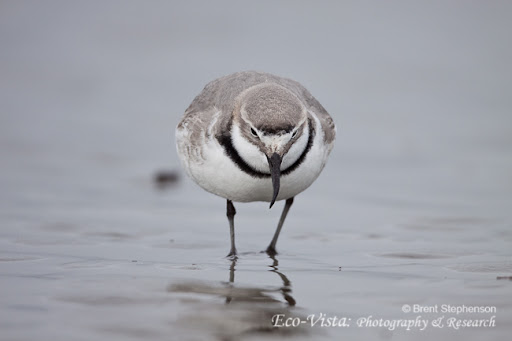 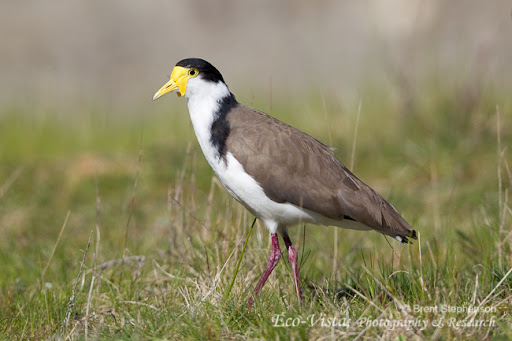 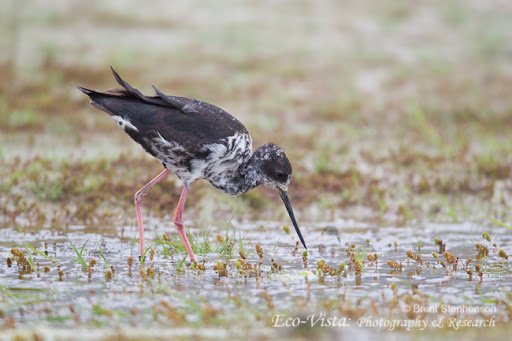 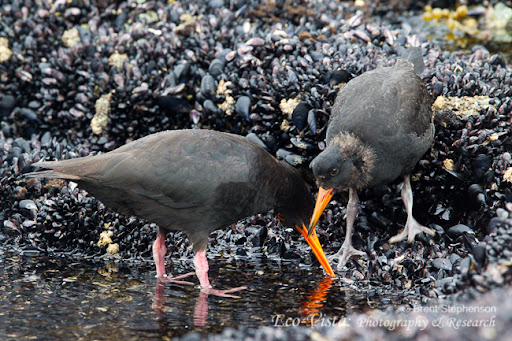 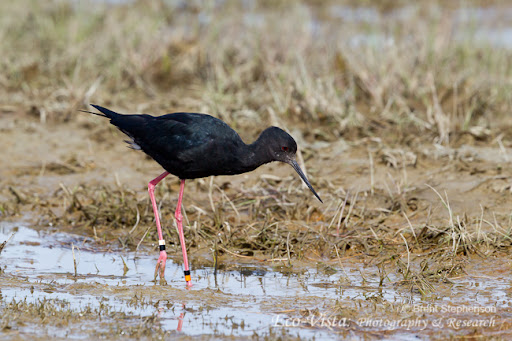 Posted by Eco-Vista | Brent Stephenson at 13:24